Sir Stuart Roberts, on what could have been his first sexy encounter. But things didn’t go his way. For which I think we can all collectively blame ‘Caren’… 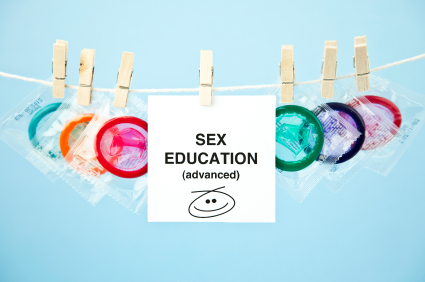 Sex. It’s such a great word for starting an article. It’s a powerful statement: at once emotive, visceral and, well, just plain naughty. This post is only vaguely about sex by the way, it was just a sneaky way to entice you in. It’s more of an advert for effective parental communication with a dash of self-loathing and a side order of confidence-crushing disappointment at the end. If that sounds like your cup of tea, read on.

Firstly, I never really spoke to my parents about sex (at least not that I remember). In fact, the first and only time it came up (the topic) was when I was about twelve. I was watching some BBC drama or other with my mum when one of those awkward, unexpected sex scenes crashed into our eyeballs. You know the sort, a serious courtroom scene suddenly cuts to someone getting royally banged up against a wall without so much of a warning. Seriously, there should be a warning. ‘If there are any pre-pubescent children watching this programme with your parents this could get embarrassing, please retire to your bedroom to play with your wrestling figures,’ or whatever kids play with these days. Computers and whatnot.

I digress. The sex scene in question went on (and my memory is a little hazy here, it was a while ago) for at least three days. Minimum. Or at least it seemed to. This wasn’t just the soft-focus kind of romantic, TV love-making either, oh no. They were going AT. IT. All the positions (missionary, doggy, her on top). Sweat everywhere. Sex on the floor, on the bed, on a chest of drawers – hair all over the place, orgasmic groans, the lot (wondering now why the hell my mum was letting me watch this show).

This was the first time I had seen doggy-style, I had no idea what was going on. It looked so strange and, well, pointless. (I understand now, don’t worry, ladies.) Still, I was inquisitive and innocently asked my mum: ‘What are they doing?’ To which my mum responded: ‘bonking dear.’ AND THAT WAS IT. As far as sex ed goes, the best you could say was that she scratched the surface.

However, I now thought bonking was completely different to sex and that there was some sort of bum involved with a bonk that didn’t apply to sex. Over the subsequent years I learnt more about sex through stories from clueless kids at school who said you have to wee in girls and that they have like, five different holes for various functions and that fingering leads to pregnancy if you wanked first, that kind of thing. Sex education taught you the science but it wasn’t really real, just pictures and videos and a pervy biology teacher. Basically, sex was a complicated riddle to me. 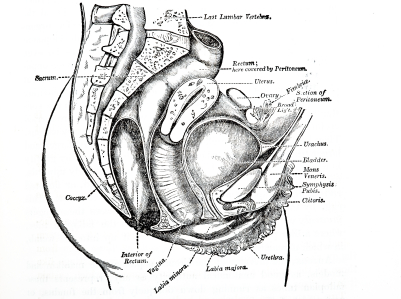 What my lack of knowledge did was to create an air of mystery around the vagina. It’s almost like I didn’t want to have sex because of my general confusion and, rather than admit I didn’t know what I was doing I thought it best to just keep my head down and avoid. As such, I stayed away from talking to, associating with or just generally being around girls, for ’tis they who were attached to the mystical flower. I was also painfully shy and this combo lead to some pretty dismal days in my mid-teens.

Weirdly, at school, I assumed everyone was bonking like rabbits and I was the only one sat at home with a copy of the Grattan catalogue (page 152, lingerie) and a box of tissues putting my own spin on the phrase ‘home-delivery’ but I know now that most sex chat was bravado and very few were actually doing the ‘bonking.’ As I got older and confidence grew I realised that girls were actually pretty fucking sexy and I wanted to touch one (as Michael Bolton would say…there.)

Sadly, avoiding girls for so long had left me with no clue as to how to chat one up. I had discovered a sense of humour at school and that had stood me in good stead when talking to members of the opposite sex but I was by no means the most attractive of kids. Glasses, a brace on my teeth and a really quite terrible centre parting was my overall ‘style’ and laughing someone into bed is really a grown-up kind of deal. Doesn’t work on aesthetically obsessed teenage girls, the bitches. Yep, it’s all about looks when you’re at school and geekiness then wasn’t the apparent statement of cool it is today. 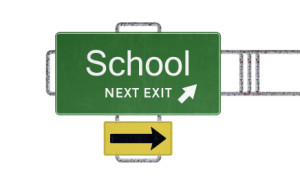 Nevertheless, my yearnings persisted and with this in mind I decided to ask a girl from my History class out. She was popular. She was a real person so I’ll make up a name, Caren seems appropriate, and, retrospectively, she wasn’t even that good looking. She had this kind of duck-like smile, weird eyes and was pretty bitchy. I’ve now realised that I’m now thirty two and am, in my mind, assessing the attractiveness of a seventeen-year-old girl I once knew. Anyway, shut up. She talked to me so she must have liked me, simple. I had already used my subtle humour to (as I saw it) woo her and during a general chat about the upcoming school ball I said: ‘we should go to the ball together.’ Simple, direct, no nonsense. ‘Yeah, okay,’ came the staggering reply. This was monumental, a breakthrough. Oh, it was on. ‘Okay, cool,’ I said, coolly (but not in any way cool.) ‘I’ll pick you up at beforehand, I’ll get us a taxi.’ And it was set. There were a couple of History lessons between that point and the ball and we hammered out the finer details.

7pm, the evening of the ball, and I’m sitting in the back of the taxi, heart pounding, tuxedo slightly too small and a red rose in my hand for my date to be. The smell in the taxi is a mixture of VO5 gel, at least an entire bottle of CKOne and pure fear. We pulled up outside the house, I strode towards her front door, legs like jelly,  my nerves making me grip the rose unnaturally tightly. A knock on the door. A large man answers. Her Dad. ‘Hi, is Karen there?’ I ask, trying to sound manly but probably sounding more like I was about to inherit the Earth (that’s meek, bible fans.) ‘She’s already left with her mates,’ came the devastating reply. My heart sank to Mariana Trench levels. My already brittle confidence, shattered. Lump in my throat, I trudged back to the car. It’s only now I imagine how fucking hilarious this must have been for the taxi driver – me, dejected getting back in the cab dateless, still clutching the rose. How he stifled his laughter I do not know.

Anyway, I confronted ‘Caren’ (sod it, she was called Karen, okay?) when I got there and her response was: ‘what, you actually went to my house? I thought we were joking.’ *click clack* *BANG* My brain shot myself in the face. What was a seminal moment in my life had all been a big joke to her and she spent the rest of the night with her mates giggling in a corner while I got smashed on Aftershock and puked in a sink. It’s fine now, obviously. It’s not like I’m sitting here a broken man fifteen years later poring over the details, still wondering what I did wrong.

So, if there is any kind of moral or message to these ramblings it’s this: parents, talk to your kids about sex. Be disgustingly explicit: all the foul, sloppy details. Don’t beat around the bush. You may put the fear of God into them but at least they’ll be prepared. Now, where did I put that catalogue? 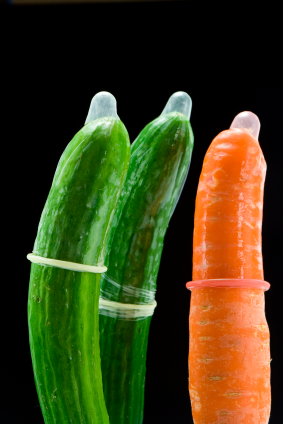